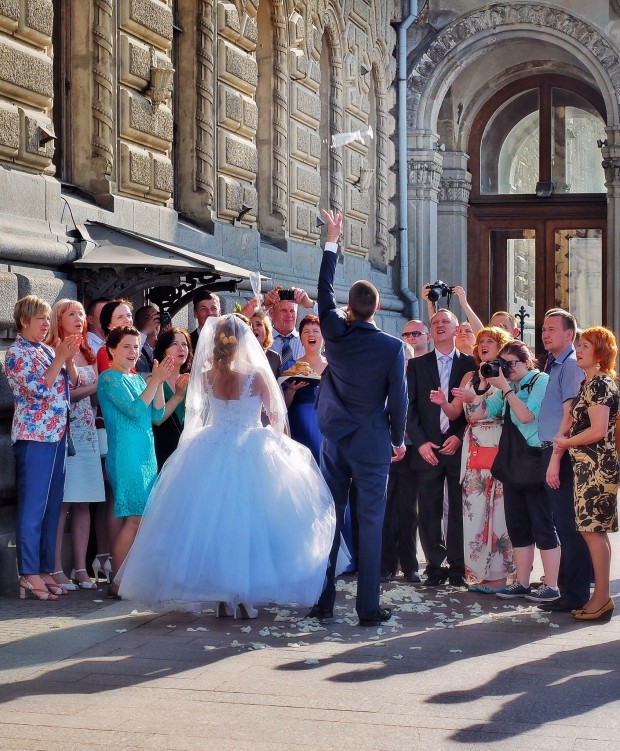 We’d already tossed back several varieties of Russian vodka, each accompanied by pastrami, pickles and expert commentary from Yulia, our Viking Truvor maitre’d. But the best, a smooth blend of chili pepper and honey, had been saved for last.
“This is our only foreign vodka. From Ukraine,” said Yulia, her chilled glass raised high in a toast.
“Well,” she added with a sly grin, “maybe not foreign anymore.”
As laughter rippled through the Truvor’s Panorama Bar, it was hard to escape the irony. Amid rising political tensions, economic sanctions and talk of a new Cold War, passengers on Viking River Cruises’ 13-day Waterways of the Tsars journey between St. Petersburg and Moscow were creating our own version of detente – one shot at a time.
Thirty years ago this summer, a year before the Chernobyl nuclear disaster in Ukraine, I took another cruise through the then-Soviet Union heartland up the Dnieper River to Kiev. Alas, that itinerary is off-limits these days thanks to Russia’s annexation of Crimea last year, and several lines have cancelled or cut back their Russian offerings.
But political jokes weren’t the only surprises on this trip, which I’ll be writing more about for CruiseCritic.com next week. Despite a plunging ruble and sharp drop in the number of Western tourists, I found plenty of other visitors – most of them Chinese. Construction cranes were everywhere, cafes were busy, and tour boats (with English-speaking commentary) continued to ply the canals of St. Petersburg at a bargain rate of 600 rubles per trip, or less than $10 at current exchange rates.
And while a recent Moscow-based opinion poll showed a solid majority of Russians hold a negative view of the United States, I found the opposite. Our last day in Russia, after overhearing a young man in Red Square give directions in halting English, I asked him to point me to the nearest Metro. (Celebrating its 80th anniversary this year, Stalin’s onetime showpiece now has English sign and wifi.) He complied, and then some: Paying my fare, showing me cellphone snaps of his three-year-old daughter and Irish setter, and walking me to the entrance of Gorky Park.
Famous for the Cold War novel and film by the same name, the park was once known for drunks and dilapidated amusement rides. Now, with its oversized beanbag lawn loungers, meticulously landscaped flower gardens and synchronized fountains playing to Western tunes, it’s a prime example of Russia’s renaissance and resilience.